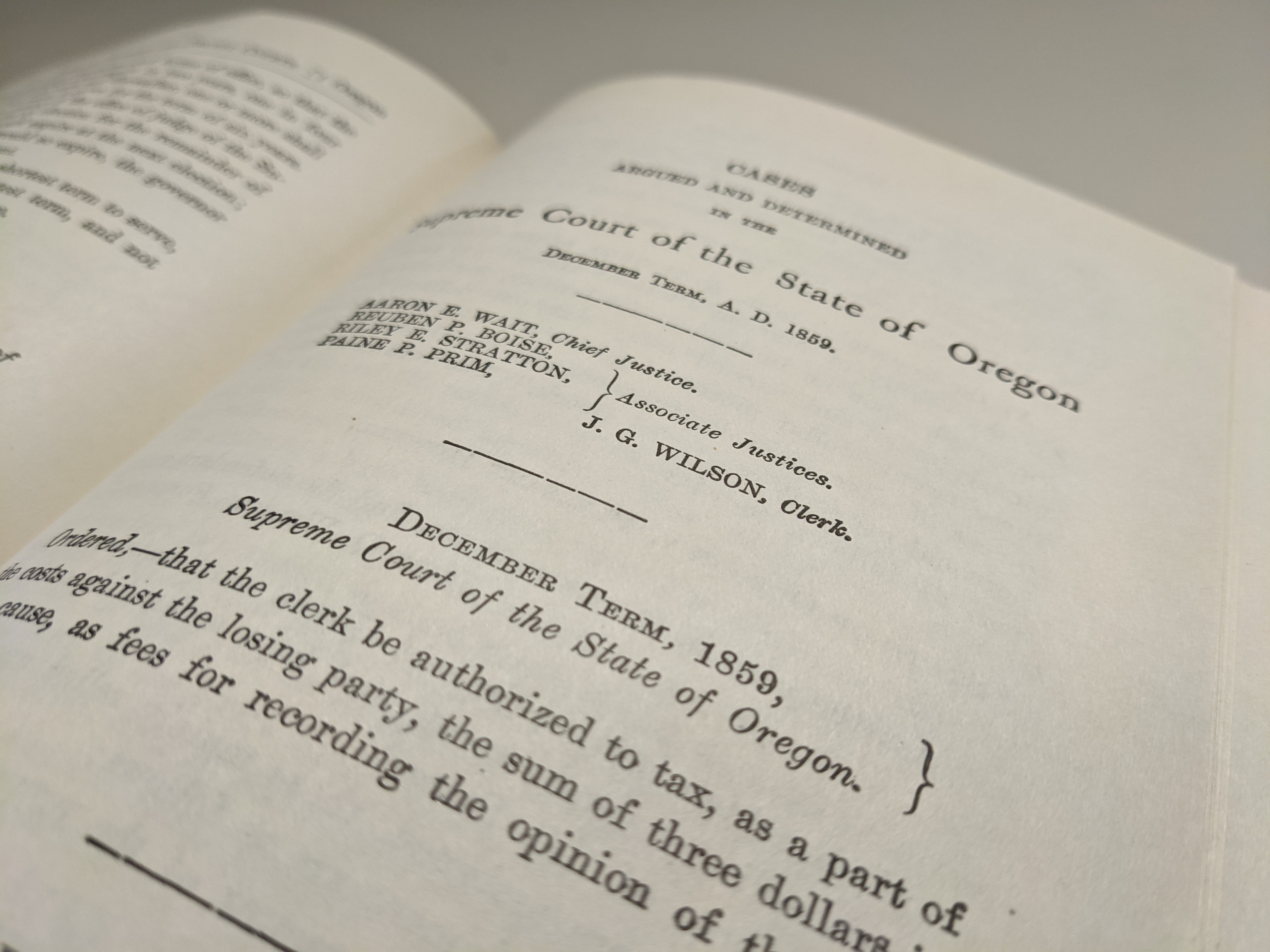 Roughly 160 years ago, in December 1859,  the justices of the State of Oregon Supreme Court met for the first time in downtown Salem to hear Howell v. State. Although the case wasn't groundbreaking,[1] it marked the beginning of our current justice system.

When the Oregon Territory was established in 1848, the United States President selected and the Senate confirmed Oregon’s justices. There would be 3 justices who would each serve as the district court judge for a section of the state. If a district court case was appealed, the justices from other areas of the state would listen to the appeal.

The theory behind the territory’s justice system and the practice were vastly different. As Justice Thomas Balmer and his then law clerk Rebecca Johansen note: "The positions could be, and sometimes were, filled by political cronies of the President or of powerful senators - by people who had never been to Oregon, had little interest in the territory, and whose legal skills and experience could charitably be described as modest."[1]

Of the first 3 justices President Polk appointed, two declined. When President Polk found enough willing candidates in 1849, the newly appointed justices often weren't in Oregon at the same time. On several occasions, Oregon only had a lone justice living in the territory. Since appeals required 2 justices, holding Supreme Court sessions was impossible. 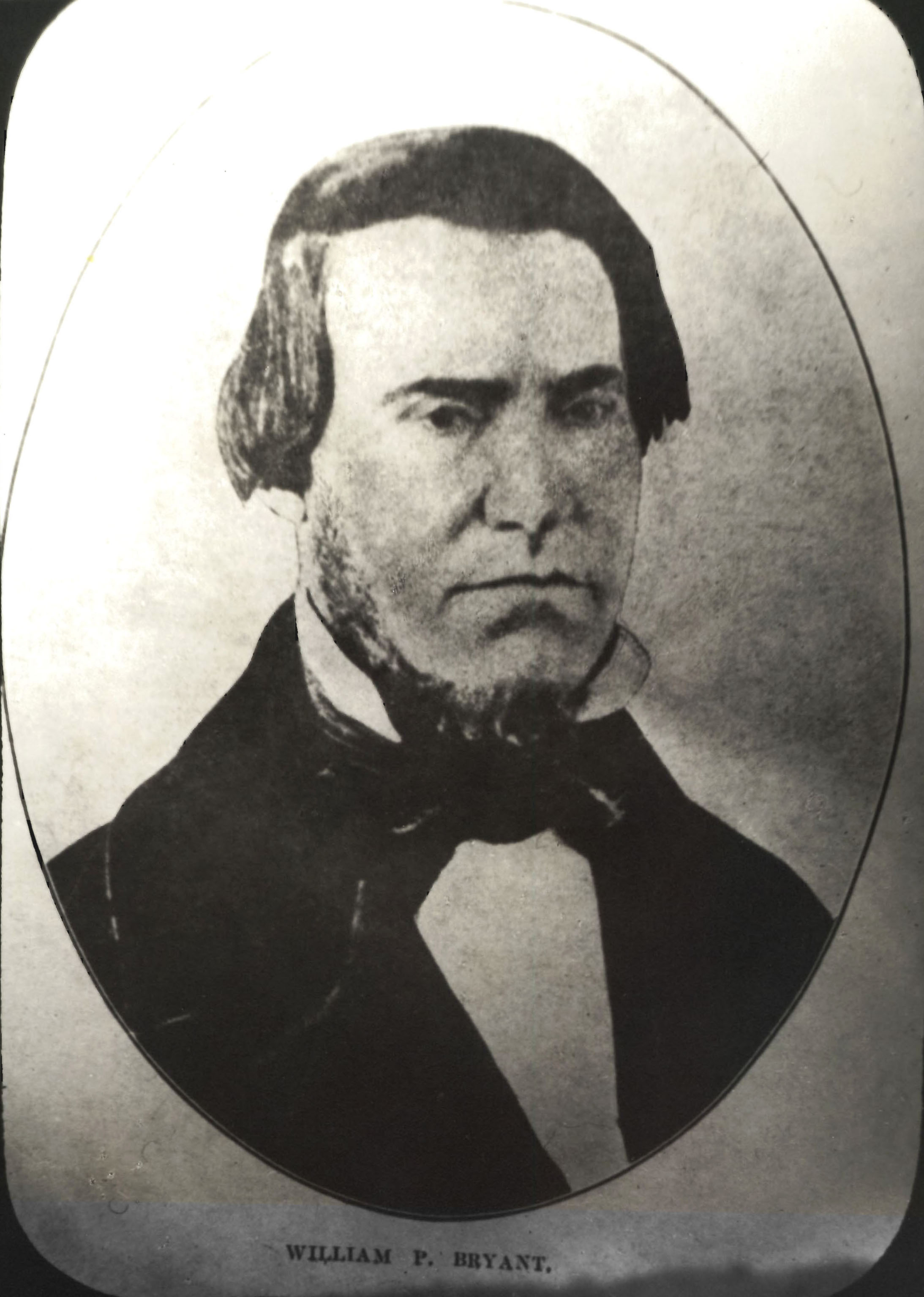 Worse, even when a justice lived in Oregon, he might choose not to do his job. Chief Justice William Bryant notoriously only held 1 supreme court session and 2 district court sessions in the 6 months he deigned to stay in Oregon.[2] The sessions were rather expensive since Bryant accepted roughly two years' worth of salary.[3]

To be fair, being a justice in the Oregon Territory was not an easy job. As circuit judges for their district, they traveled regularly from one place to the next. Lacking a courthouse, one justice once held court under an oak tree.[4] Lodgings lacked comfort or privacy – Chief Justice George H. Williams remembered that he “acquired a dexterity dressing and undressing in the presence of the family [he was lodging with] that would fill a circus rider with envy.”[4] Their salaries were small, forcing them to find other ways to earn money.[5]

The justice system the Oregon Constitution established in 1859 fixed many of the problems the territorial justice system faced.[1] Like the previous system, the 4 justices would act as circuit court judges for individual districts. When a circuit court case was appealed, the 3 other justices would hear the case. But under the new system, justices were elected and had to live in Oregon for at least 3 years to qualify for office. No more absconding with money – at least if one wanted to be reelected.

All the elected judges had immigrated to Oregon. Wait and Stratton came from the Midwest, while Boise and Prim came from Massachusetts and Tennessee respectively. All had other professions, either before or during their law careers. Wait and Prim both had some mining experience – Wait went to California to join the 1849 gold rush, while Prim worked in the mines in Jacksonville, Oregon. Stratton originally learned how to be a millwright, then considered becoming a minister before finally deciding to become a lawyer. Boise was a teacher in Missouri, before studying law in Massachusetts.

These early opinions, as Justice Balmer puts it, "are a window into not only a society’s laws, but also its customs and pathologies, its commerce, its hopes and fears.” You can also speculate about whose voices are missing and why. If you want to read more cases, the State of Oregon Law Library offers public access for Oregon residents through Fastcase from 1938 onwards.