by Georgia Armitage on 2020-06-30T10:55:24-07:00 | Comments
Pride Month celebrates the LGBTQ+ community and commemorates the 1969 Stonewall Riots. This year, SOLL interviewed Oregon’s LGBTQ+ justices to highlight their stories and contributions to the law. 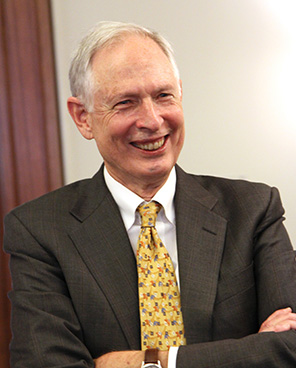 Justice Rives Kistler
“I wanted to be part of that system and contribute to it.”
Asked why he chose to become a judge, Justice Kistler chuckled, “it was not entirely my decision.” From Kistler’s perspective, luck played a large role. “There were many wonderful, thoughtful lawyers” who applied, and becoming a judge was a matter of being in “the right place at the right time,” said Kistler. When Kistler joined the Oregon Supreme Court in 2003, he was the first openly LGBTQ+ state supreme court justice in the United States.
Kistler’s path to the Oregon Supreme Court involved luck – and talent, although Kistler doesn’t mention the latter. After graduating college in 1971, he hitchhiked around Europe for a year trying to decide what to do, before enrolling in graduate school. Graduate school “wasn’t a good fit,” said Kistler. After a few years of odd jobs, Kistler enrolled in law school at Georgetown University. Kistler remembered, “I was happy to be back in school” and “felt lucky to find something I liked and seemed to be good at.”
During law school, Kistler worked as a sort of extern, helping Judge Edwards at the D.C. Court of Appeals update a book. He also clerked for Judge Clark at the 5th Circuit Court of Appeals and Justice Powell at the United States Supreme Court. After graduation, Kistler joined Stoel Rives– a litigation firm in Portland. Later he became interested in appellate work and joined the Oregon Department of Justice (DOJ).
The DOJ suited Kistler. “It’s a public interest law firm,” said Kistler. “You’re carrying out public interests as expressed by the legislature.” During Kistler’s time with the DOJ, Attorney General Dave Frohnmayer transformed the department into a “nationally recognized group,” said Kistler. “It was a good time to be there.”
Working for the DOJ, instilled a deeper appreciation for the courts in Kistler. As he put it, “I wanted to be part of that system and contribute to it.” Kistler received his chance in 1999 when Governor Kitzhaber appointed him to the Oregon Court of Appeals. In 2003, Governor Kulongoski appointed him to the Oregon Supreme Court. Kistler ran for election in 2004.
“Kistler had a fire lit around him,” said Justice Virginia Linder, remembering Kistler’s election campaign. Just before the primary deadline, Multnomah County started granting LGBTQ+ couples marriage licenses. Suddenly, Kistler had an opponent. “I think people were not necessarily comfortable initially with the concept of same-sex marriage and, as a result, with my orientation,” reflected Kistler. His campaign compared two polls and discovered that whether respondents knew Kistler’s orientation determined if he was winning or not.
“I wanted to be judged by my ability to do the job, not solely by my orientation – although that’s part of who I am, and I’m proud of it,” said Kistler.
Ultimately, he was judged on that basis. He won the election with the support of governors and judges. His work earned him the appointment in the first place. According to a Portland Tribune interview, Governor Kulongoski stated, “I know other people think that [Kistler’s orientation] was why I did it, but I wanted to get the most qualified person I could appoint to that position. Rives filled that bill.” 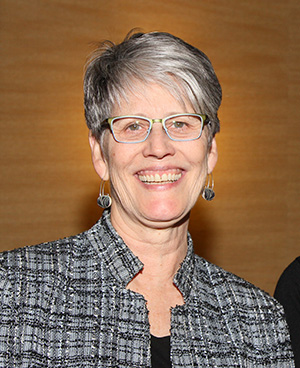 Justice Virginia Linder
"Those first women made the wave possible."
Justice Linder never planned to run for a position on the Oregon Supreme Court. “Someone wandered into my office and asked me if I’d ever consider running,” she said, “and I said, ‘no!’” A year or so later, Linder joined the court, the first elected, openly LGBTQ+ state supreme court justice in the country. She was also the first woman elected to the court rather than appointed.
A high school civics class sparked Linder’s interest in the law. She didn’t know any woman lawyers. Thinking about it, she laughed, “I wasn’t sure I’d be able to make a living.” In college, she intended to study political science and teach. Instead, she decided to pursue law.
When Linder enrolled in law school at Willamette University, she joined the first wave of women law students. “Women had gone before, like Betty Roberts, but there were so few – you can’t really call it a wave,” she reflected, “but those first women made the wave possible.” She met her first women judges at a conference for women during her first year of law school. “I didn’t think I’d ever meet a woman judge,” she remembered. Later, she met Justice Betty Roberts and Judge Mary Deits.
Linder did more than meet women judges, she became one. After graduating from law school, she joined the Oregon Department of Justice, eventually becoming Oregon’s first woman solicitor general. In that role, she even argued before the U.S. Supreme Court. In 1997, Governor Kitzhaber appointed her to the Court of Appeals.
Then in 2005, no woman seemed to be running for an open seat on the all-male Oregon Supreme Court. Linder and other women felt frustrated. As Linder put it, “it didn’t make sense. Women in law were doing all sorts of wonderful things in Oregon.” A group of women judges and lawyers met to find someone to run. Linder quickly became a possibility, although she had no interest. Among her other concerns, Linder suggested that her orientation would harm her chances. “How quickly that room of trial judges overruled me,” she recounted, “and they’re bright people. They were right.” But Linder left unwilling to run.
A few months passed and no woman entered the running. “I started to get prickly and had a short fuse,” said Linder. Eventually, she realized that she had to run: “I didn't want to, but if it were any other woman in my shoes, I'd be very disappointed in her.” Linder ran and won.
Reflecting on her career, Linder said, “it was a wonderful time to be part of the court, it filled young women lawyers with inspiration. As impatient as you get waiting for these things to happen, it was a lucky time to be in the law.” 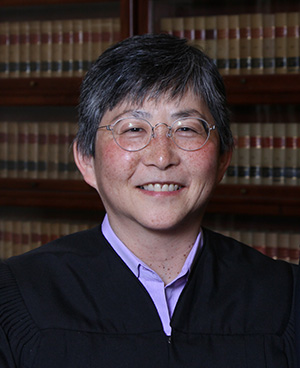 Justice Lynn Nakamoto
"You can't be it, if you don’t see it."
When Justice Nakamoto moved to Oregon in the 1980s, she found it, “mind-blowing how few bar members were people of color…. Asian Americans were the smallest group.” Ultimately, she became the first Asian American appellate judge in Oregon and the first Asian American supreme court justice in Oregon.
Nakamoto became interested in law late in college. Instead of studying abroad during her junior year at Wellesley College, she attended classes at Berkley. After taking a public interest law class there, she realized that “law can really change things for people.” Back at Wellesley, she took every law course she could and the LSAT. She enrolled at New York University School of Law, graduating in 1985.
Public interest law remained Nakamoto’s passion. “I loved being able to make a huge difference in people's lives,” said Nakamoto. She helped clients with housing disputes or accessing public assistance to "help them put food on the table."
During law school, Nakamoto clerked for the National Center on Women and Family Law, and then Bronx Legal Services. After graduation, she took a job with Bronx Legal Services in New York, and then Marion-Polk Legal Aid Service in Oregon.
The work didn’t pay well, forcing Nakamoto into private practice – she couldn’t afford her student loans otherwise. Nakamoto felt nervous, she had never applied to work at a private firm. When a 1-year position opened at Markowitz Herbold, a business litigation firm in Portland, she applied. As she put it, “you can do anything for 1 year.”
Nakamoto stayed with Markowitz Herbold for 21 years, attaining the position of managing partner. She liked the work. There were “always interesting legal, intellectual challenges,” said Nakamoto.
While in private practice, Nakamoto continued her public interest law work. She did volunteer work with seniors and assisted the ACLU of Oregon. In 2004 and 2005, Nakamoto aided the national ACLU as a cooperating attorney in a gay marriage rights case.
Eventually, Nakamoto decided to become a judge. People had been asking her for years, and she had always said no. But at 50 years old, Nakamoto felt ready. “I was already involved in affinity bar organizations and interested in seeing Oregon change,” said Nakamoto. She was financially stable and an experienced lawyer. “There wasn't a good reason why I shouldn't,” she stated.
Reflecting on her appointments to the Court of Appeals and the Supreme Court – roles that made her a role model for others – Nakamoto said, “You can’t be it if you don’t see it.”
“I found it heartening to see people come together.”
Success depends on strength of will, talent, passion, and luck, but it also depends on the community.
Justice Kistler recounted how during his 2004 race, even as the public worried about a gay justice, he “found it heartening to see people come together across the bench to support me. All the living governors endorsed me, including one Republican.”
Justice Linder repeatedly mentioned her respect and appreciation for the trial court judges who pushed her to run and helped her during the race. She said, “they provided useful support all the way through.”
Reflecting on her old firm, Justice Nakamoto discussed her gratitude for their support when she helped the ACLU in 2004. They were “so generous,” she said, because “I hardly could do regularly billable work for that year.”
Supporting others makes all the difference.
Add a Comment